When designing the Wafer series we had two goals, to produce a switch and outlet series that is as flush to the wall as possible and all electricians could fit to any wall, with ease. The Transco Wafer series has achieved both the design criterion, with a 2mm edge profile and the patented flush plate mounting system. If your project needs the best insist on Transco Wafer.

The Wafer Series of switches and power outlets are manufactured in accordance with AS/NZS3100 and AS/NZS3133 meeting all relevant Australian Standards, and complies with the latest wiring rules and exceeds all electrical supply authority standards. 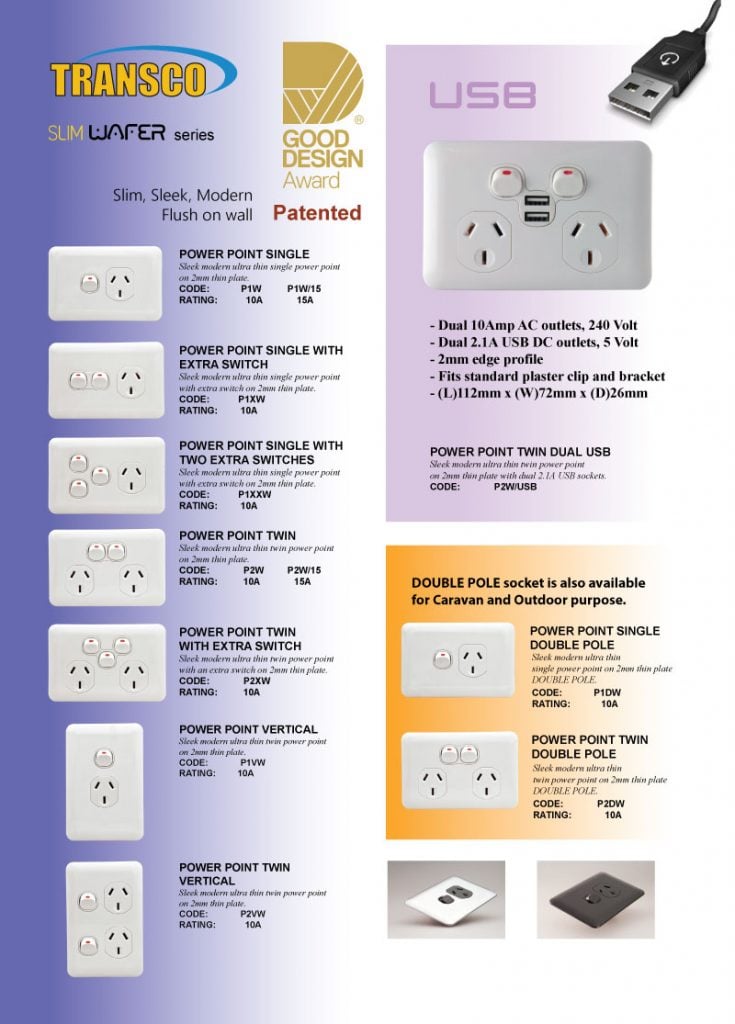 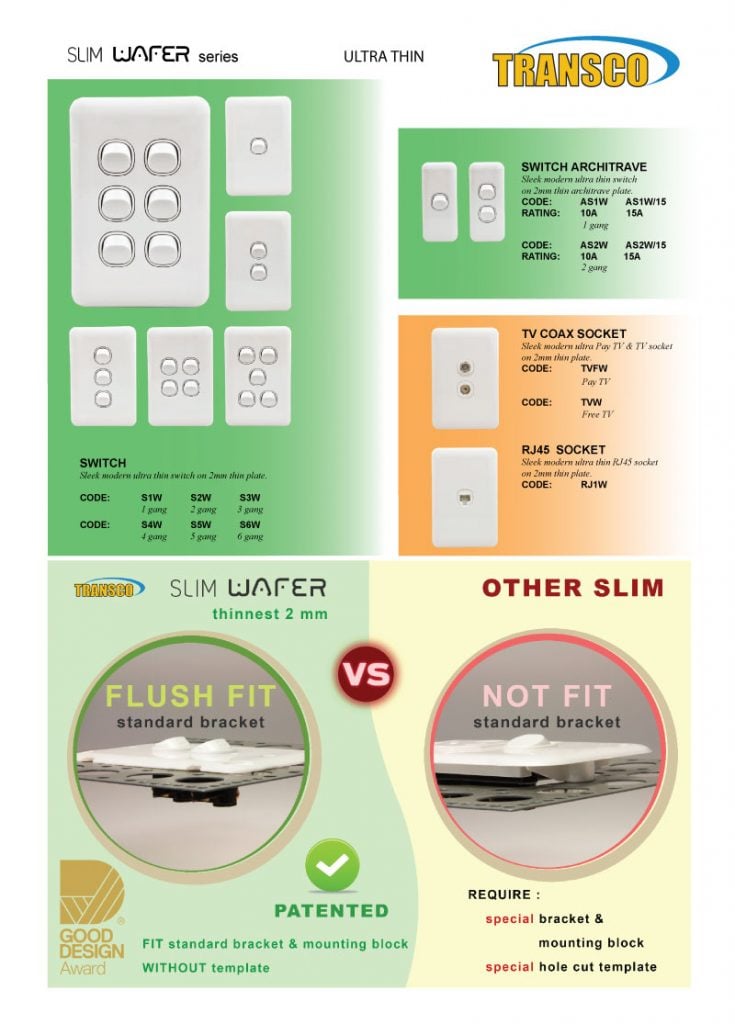 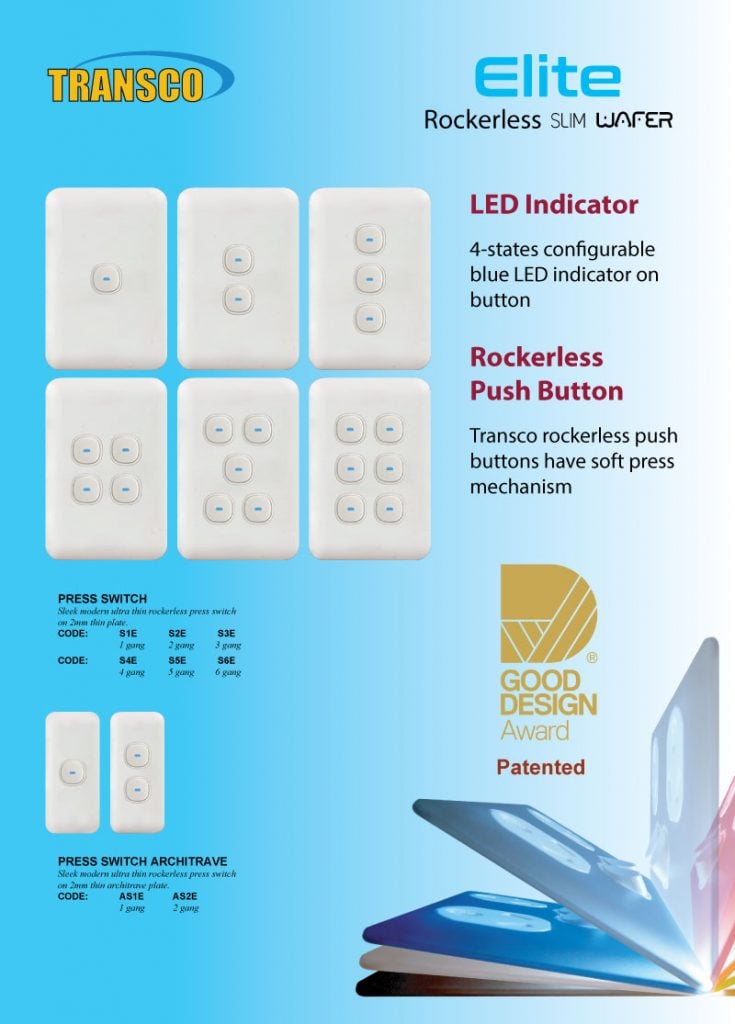